After graduating in 1984 from Plymouth State University with a Bachelors degree in Business Administration,

Peter started his insurance career with CV Starr, an underwriting division of AIG. This division wrote excess and surplus lines business in the New York region. Peter transferred to Lexington Insurance Company in Boston in 1986 as an underwriter in the national branch. Peter underwrote all lines of business and also assisted in the reinsurance placement for AI Transport, another division of AIG

and Lexington Insurance. In 1989, Peter joined American Home Assurance (AIG) as a senior underwriter, and later was promoted to regional manager of primary casualty in 1991. At the regional manager level, Peter was responsible for overseeing all primary causality for New England and upstate New York as well group insurance and overseeing a habitational program along with a complex self-insured retention product for large retail and manufacturing risks.

In 1996, Peter joined Breed's Hill Insurance, an MGA in the New England area. His position was senior vice president underwriter/producer. At this position, Peter put together a property and primary casualty program which specializes in habitational business in the New England area. Peter developed a documentation checklist and other tools used by underwriters to facilitate risk avoidance and other early warning signs. Over 15 years, the program wrote over $300 million in premiums with three carriers and enjoyed very favorable results. The program provided a bridge for the risks that were a hybrid between pure E & S and the standard market business. Peter was influential in the perception of subsidized apartments in the New England region and was able to provide this exposure with a stable market. 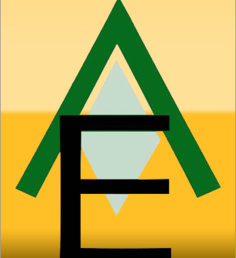 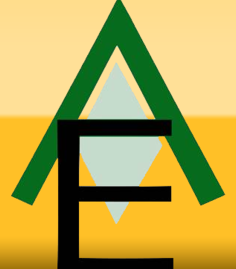 Pat attended Elon College in North Carolina from 1973 to 1975. Upon graduation from St. Francis College in 1977 with a Bachelor's degree in Political Science / History, Pat began his career in 1977 with Crum and Forster Insurance Company in NYC. After completing a one-year training program with the General Adjustment Bureau of Denver Colorado, Pat became a field adjuster in the NY metro area specializing in large fire claims. He later became a supervisor of both staff and independent

adjusters for the NY regional office. During his tenure, he also taught property insurance classes to both new underwriters and claims trainees.

In 1982, Pat joined Rollins Burdick Hunter of NYC as a multi-line account executive. In that role, he actively participated in the marketing of all lines of business as well as coverage analysis for accounts that ranged from lumber mills and power plants to fine dining restaurants and clothing stores. He also brought his claims expertise to this position and assisted whenever called upon. He continued in that position until 1984 when he joined Kaler Carney Liffler of Boston Massachusetts as a production account executive. It was at Kaler Carney Liffler that Pat developed and expanded the Massachusetts Housing Finance Agency (MHFA) Master Insurance Program. The goal of that program was to bring comprehensive and affordable insurance to developers, investors, and management companies specializing in subsidized housing. In conjunction with AIG, the Mass Housing Finance Agency, and a stipend from Kaler Carney Liffler, Pat helped implement the Tenant Assistance Program (TAP), which provided discounted insurance for developments that implemented quality of life programs for their tenants. Pat was also successful in expanding the program to accommodate market value and condominium as well as mixed-use risks. The program became one of the largest and most successful of its kind in New England.

In 1996, Pat joined Pete Ewing as a Senior Vice President of Breed's Hill Insurance. It was here that Pat and Peter developed a master insurance program for all real estate exposures. As managing general agents, they teamed to write a program that provided coverage for more than 100,000 units and more than $8 billion in property values. Their duties during this period encompassed everything from manuscripting polices and endorsements to the placement of re-insurance and administration of claims as well as TPA audits.

In 2013, Pat along with Peter brought a skill set developed over a more than 35-year career to American Emerald Group.

Dennis graduated from New York State University at Oswego in 1975 with a Bachelor of Business Administration degree. In 1977, he started his insurance career with the Hartford Insurance Company. Dennis was recruited by AIG(Starr Associates) in 1983 and left in 1996 as Senior Vice President in charge of underwriting. In 1996, Dennis started a property and casualty facility for First Capital Group.

Dennis became First Capital's chief underwriting officer in 1998. In August 2003, Dennis was asked to join Kerwick & Curran. Dennis started a full service MGA called K & C America. He was responsible for putting together and overseeing the property and casualty underwriting facility which specializes in medium to large commercial and habitational real estate. In July of 2011, K & C America changed their name to American Altair Group, Inc. This program was written by one carrier for eight years and produced over $200 million in profitable premiums. In April 2012, American Altair Group was sold. Dennis started up American Emerald Group in September 2011. It's now a full service wholesale broker which specializes in northeast commercial and habitational business. 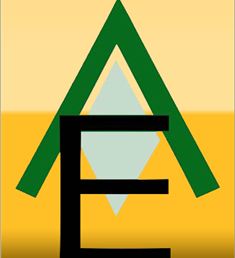